Gold Rush star Parker Schnabel can hardly believe his eyes when he comes face to face with an exact replica of the “Welcome Stranger,” the largest gold nugget ever found at 72kg (158.7 lbs). 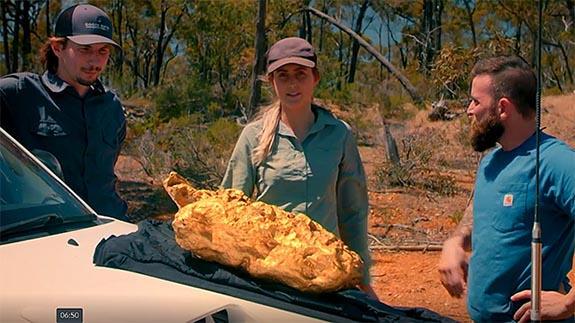 In the Season 4, Episode 2, installment of Gold Rush: Parker’s Trail, we find Schnabel half a world away from the Klondike Gold Rush trail, as he pursues new adventures and opportunities in the Land Down Under.

At the beginning of the episode, Schnabel and his associate Fred Lewis are welcomed by fourth-generation Aussie prospector Tyler Mahoney, who swings open the door of her truck to reveal the two-foot-long golden boulder nestled across the back seat. 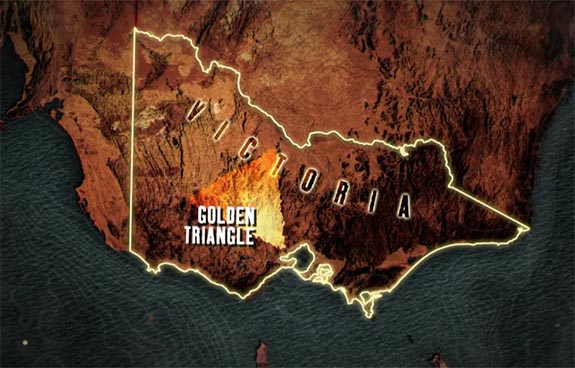 Schnabel had wondered out loud why Mahoney would want to meet him in such a remote part of the Australian Outback, but soon learns that Moliagul, Victoria, is the precise location where prospectors John Deason and Richard Oates unearthed the Welcome Stranger on February 5, 1869. The prospectors found the massive nugget just 3cm (1.2 inches) below the surface, near the base of a tree. 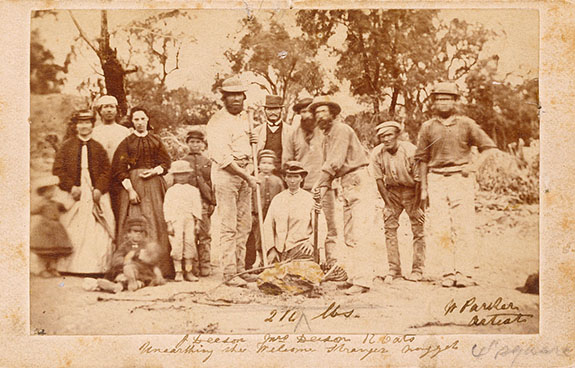 Legend states that the Welcome Stranger was so large that it had to be broken into three pieces on an anvil before it could fit on a bank scale. Based on today’s gold price, the nugget would be worth $4.7 million. 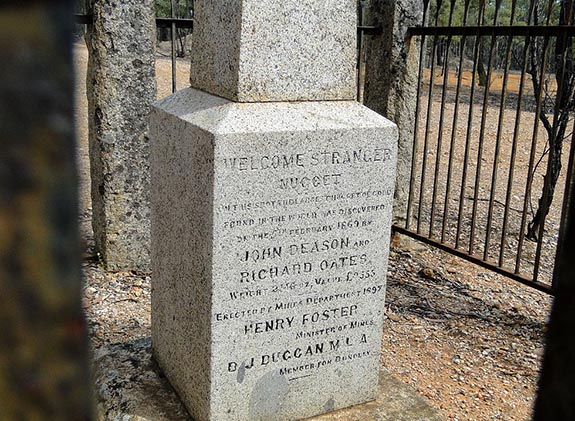 The original Welcome Stranger was melted into gold bars, but two exact replicas continue to live on. One is owned by the descendants of Deason and a second is on display in the Old Treasury building in Melbourne. We’re assuming that the one pulled from Mahoney’s truck belongs to the Deason family. Erected in 1897, an obelisk marking the exact location of the nugget’s discovery still stands in Moliagul.

Titled “Welcome Stranger,” this episode of Gold Rush: Parker’s Trail premiered in March of 2020, but was re-aired this past weekend on the Discovery Channel.